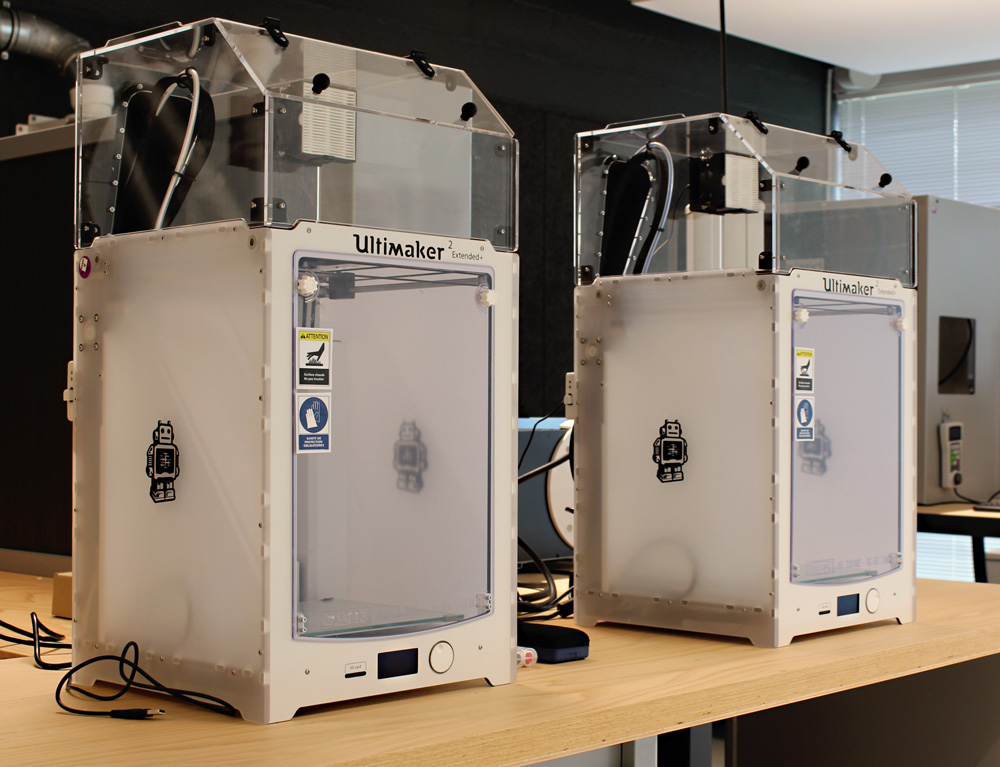 Never heard of additive manufacturing? You might be familiar with the more mainstream term “3D printing.” Let’s take a look at how designers today are using this physical tool in addition to their own techniques to bring their concepts to life.

Design and additive manufacturing are more or less part of the same family, as both are used to shape ideas or concepts. The difference is that with design, a person creates, whereas with 3D printing, a machine executes. Design appeared first, in the early 20th century, but in the 1980s it took advantage of the advent of stereolithography, the forerunner to additive manufacturing. Today, the two processes are complementary.

Right from the start, designers enjoyed playing with this 3-D modeling technology. Even more so once the results could be taken it out of the workshop and put on a desk next to the copier. I personally have fond memories from the 2000s of the first 3D prints which, in just a few hours, were something fun to show for the machine’s laborious and painstaking task of modeling our mobile phones.

I also remember our slight skepticism as to its real usefulness as a work tool, given that designers are very good at mentally visualizing in 3D whatever they are drawing. The technology seemed to us to be more a tool for validating our work than a tool to create with; in short, a backup.

In fact, we soon perceived the immense advantage of additive manufacturing for discussion with our teams and clients, particularly those who previously had difficulty visualizing in 3D the results of our development work, even if it was presented using computer graphics. Experience shows that an object which is physically present crystallizes reactions much more effectively than a 2D representation. In other words, design decision-making got—and is getting—much more reliable with additive manufacturing, especially within business departments. When you hit a problem, it also lets you present alternatives to the main decision-makers very quickly for a very low cost.

Besides being an excellent communication tool, another of additive manufacturing’s major assets for designers is that this technology lets you “give life” to a concept, an idea or a design very early on, and consequently increase its chances of survival. I have observed countless times how easy it is to abort an idea if it has not yet been given physical shape: its concrete non-existence makes it less painful to abandon. On the other hand, the physical object makes the concept exist, gives it flesh and spirit. Once it is thought of as viable, it becomes more difficult to kill, at least without good reason.

In some cases, “formalizing” can even trigger a realization, or help move beyond the object towards much broader considerations. For example, 3D artists views of the AIDS virus worked like a logo, making a major impression on the public and bringing home the disease’s aggressiveness and dangerousness. They did so much more effectively than a real representation, which is paradoxically less expressive for the general public because of its complexity.

In a whole different register, when a high school teacher circulates a 3D print of a clitoris in her classroom saying: “As you can see, the object is ten centimeters long, it is an erectile organ, like the penis”, one or more of the girls will be thinking “So, we are biologically equal!” Simply concretizing an organ in 3D can change a certain conception of the world and of gender equality.

The power of the object

As we have seen, the close ties between design and additive manufacturing can be leveraged very effectively to allow an idea to find its way to its final recipients. Here, the power of the object is apparent in all its splendor.

So does this mean all is rosy in the brave new world of design and 3D printing? Not exactly. There are cases where an early 3D representation of a concept or idea using additive manufacturing is undesirable, particularly in the creative research phase.

Indeed, a “finished” representation of an idea tends to freeze it, and close the mind to other possibilities. From this point of view, designers’ research work through sketching leaves the mind open. The vague, imprecise nature of rough sketches leaves room for the meandering, variations, alternatives, and opposing views that are necessary for any creative approach. So it’s a healthy idea not to press the “print” button too quickly.

This article was originally published on The Conversation website.

In pictures: the closing ceremony of Prix Design & Science 2019 More than a hundred people gathered on Thursday, March 14 at Palais de la découverte for the closing ceremony of Prix ...
Doctor’Preneuriales 2018 ...
Université Paris-Saclay presents an Observeur du Design Star Find out the project who won the “Technology and Society – Université Paris-Saclay” distinction...